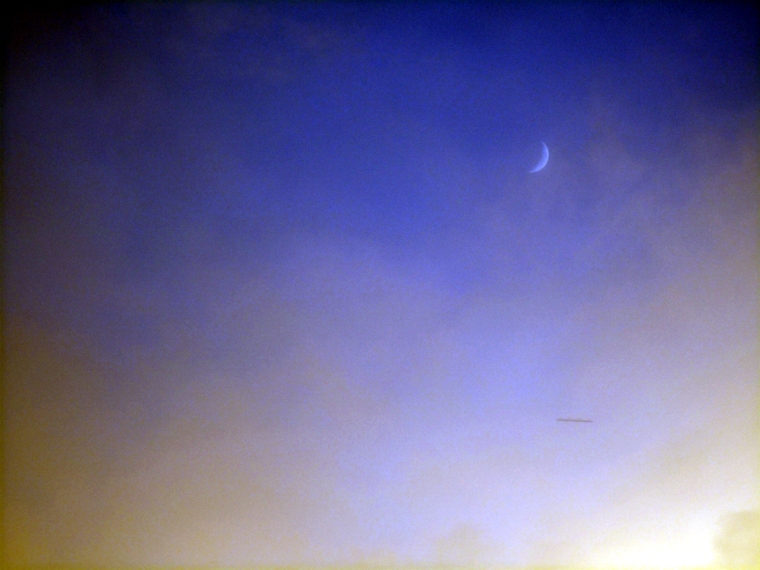 Pictured above is an unidentified flying object to the right that I captured on camera in FL in 2010. It is clickable to the original post I wrote in 2011.

As my son was growing up, I used to watch Veggietales with him. One of my favorite episodes (among Jonah and Daniel & The Lion’s Den) was entitled LarryBoy and the Fib from Outer Space. I love the title and it is fitting to what we all speculate to be the great delusion. The mainstream media has been generating reports on UFOs lately.

These are definitely interesting times we are living in considering that President Trump commissioned the Space Force just last year and no other president in US history has done so. In this, we know that the appointed time is right around the corner.

“For this reason God sends them a powerful delusion so that they will believe the lie 12 and so that all will be condemned who have not believed the truth but have delighted in wickedness.”

Only those who reject the truth of the gospel will believe the ‘fib’ from outer space. This outer space translates more to the supernatural realm,

“We know that we are children of God, and that the whole world is under the control of the evil one. 20 We know also that the Son of God has come and has given us understanding, so that we may know him who is true. And we are in him who is true by being in his Son Jesus Christ. He is the true God and eternal life.”

Do not be deceived.