“We want all children to have the opportunity to know the blessings of God. We will not allow the government to censor sermons, to restrict the FREE SPEECH of our pastors and our preachers and the people that we most respect… I just signed an executive order following and this is something that makes me very happy and very proud, following through on my campaign pledge to stop the Johnson Amendment from interfering with your First Amendment rights.

As long as I am president, no one is going to stop you from practicing your faith or from preaching what is in your heart.”

This is one of the reasons why “they” want to remove him from office by any means necessary. 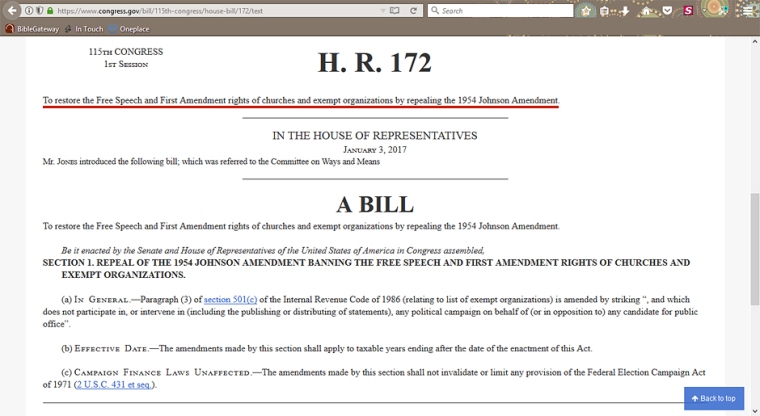 While people are waking up, the globalists are busy implementing their agenda everywhere else through the UN Migration Compact.

This compact circumvents national sovereignty laws and is being used by Islamic promoters as a channel to saturate native populations in the West via Mass Migration of people bringing ideology that prevents them from assimilating.

“One day, a nation that is invaded by Islam will become 100% Muslim unless it is driven out.”

It is a proven pattern in history.

What does this mean for Christians? Even though President Trump is doing whatever he can to protect US citizens, his detractors within the US government and the rest of the world are conspiring to promote another agenda. The walls are closing in.

The border wall is very important, but infiltrators were planted to influence the legislation process… For the first time, 2 Muslim women (from Michigan & Minnesota with heavy concentration of Muslims – look up Dearborn, MI and Little Mogadishu in MN) were elected to congress.

“All this I have told you so that you will not fall away. 2 They will put you out of the synagogue; in fact, the time is coming when anyone who kills you will think they are offering a service to God. 3 They will do such things because they have not known the Father or me.“

And no… Christians and Muslims DO NOT worship the same GOD. Verse 2 literally brings the words, “Allahu Akbar” to mind. According to Wikiislam from a native Arabic speaker, it “actually” means “Allah is greater.” This is a comparative expression that shows us the One True God and Allah are not the same God.